Beam reach is a light installation brought to life by wind. It took its name from sailing, where “beam reach” is the point of sail when the true wind is at a right angle to the boat.

The installation was created specifically for Aveiro in Portugal. Life by the ocean, its boats and lighthouses became an important source of inspiration, sun and wind gave the idea its final form. Sun and wind were taken in account as intriguing and unpredictable local players.

For two days and two nights the terraces in the city center become a harbor for nine terrestrial boats, bearing wind vanes that don´t measure the speed of wind but filter daylight in a strange way. And after dusk they are illuminated by beams of light, narrow and vertical like un-tangible masts.

During the night, the vanes reflect the beams and send them to different directions. They split the white light in two colors that change according to the angle of incidence. One part continues to the sky, one part is horizontally reflected, as a beam of a lighthouse. During the day they reflect sun light and cast colorful shadows on the pavement. And when you look at the sky through the turning vanes, you see its color changing too.

Music too has its unpredictable part given by the wind. It consists in nine tubular bells of different lengths, carefully tuned by the composer. Together they create a spatial installation whose irregular resonation completes the pre-recorded soundscape. 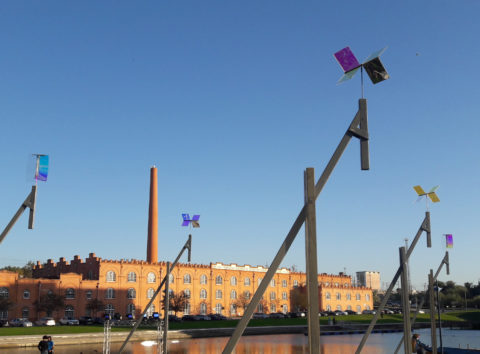 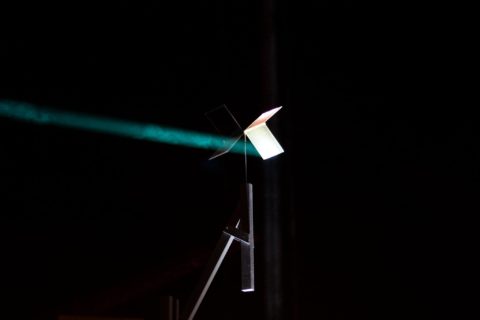 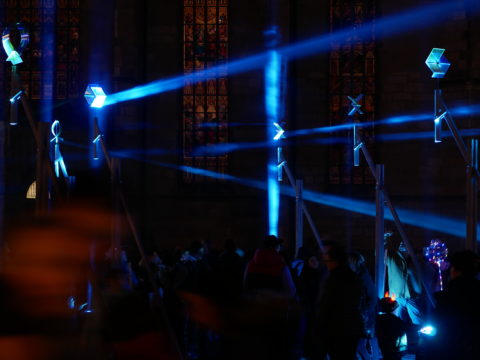 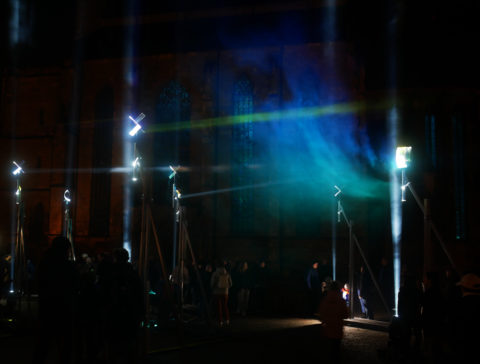 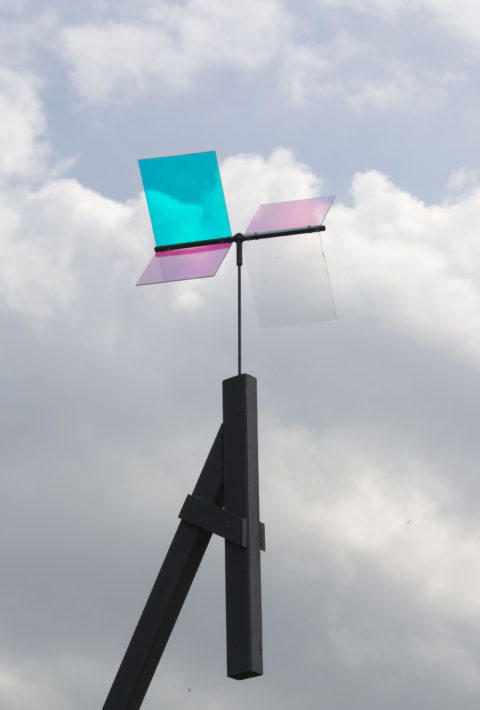 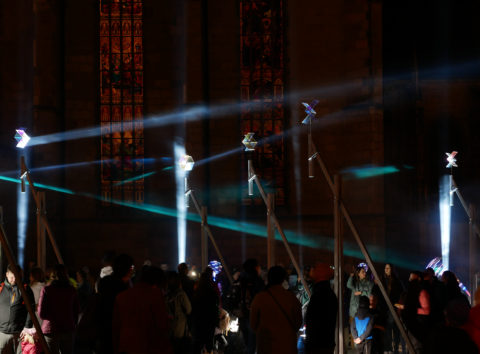 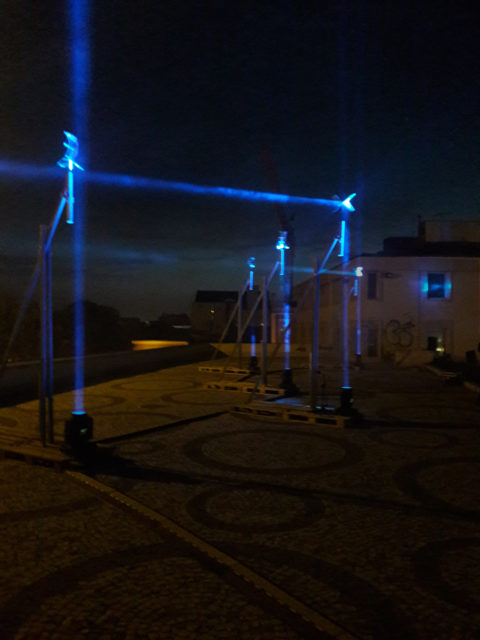 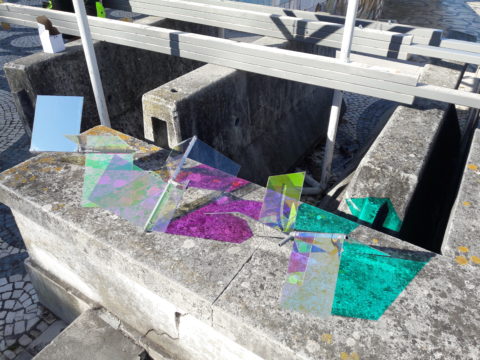 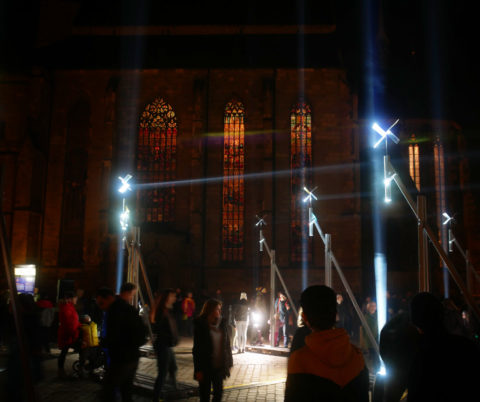 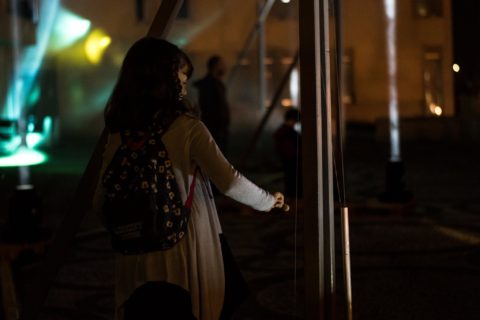 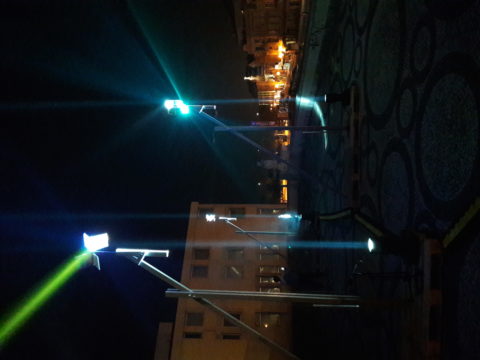 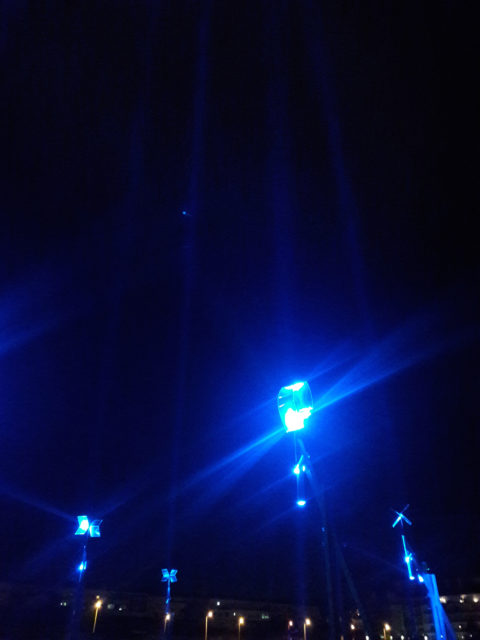 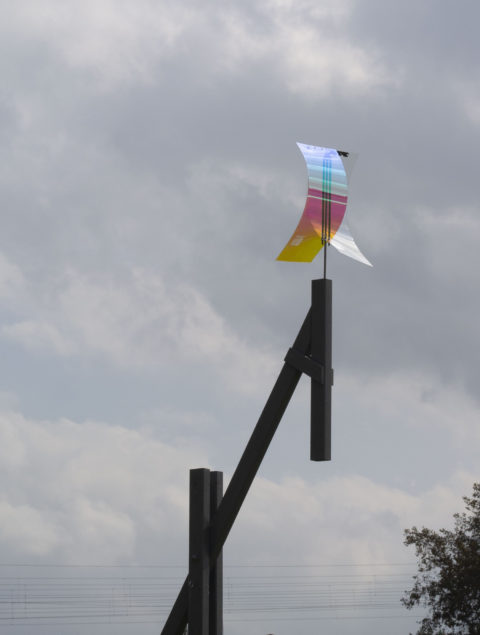 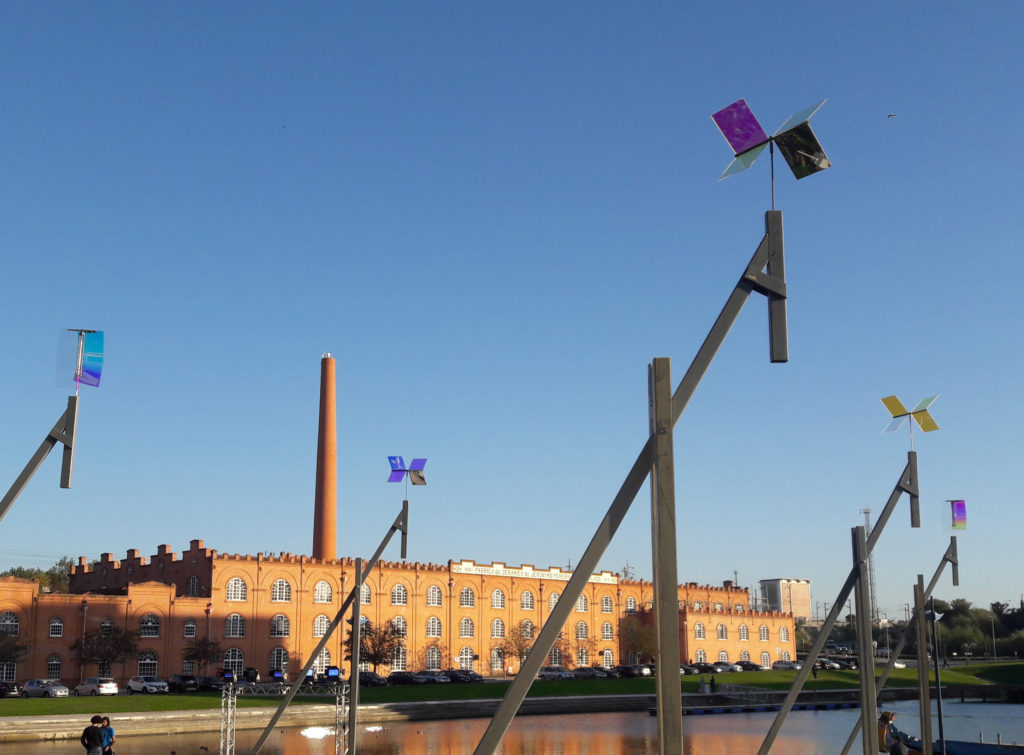 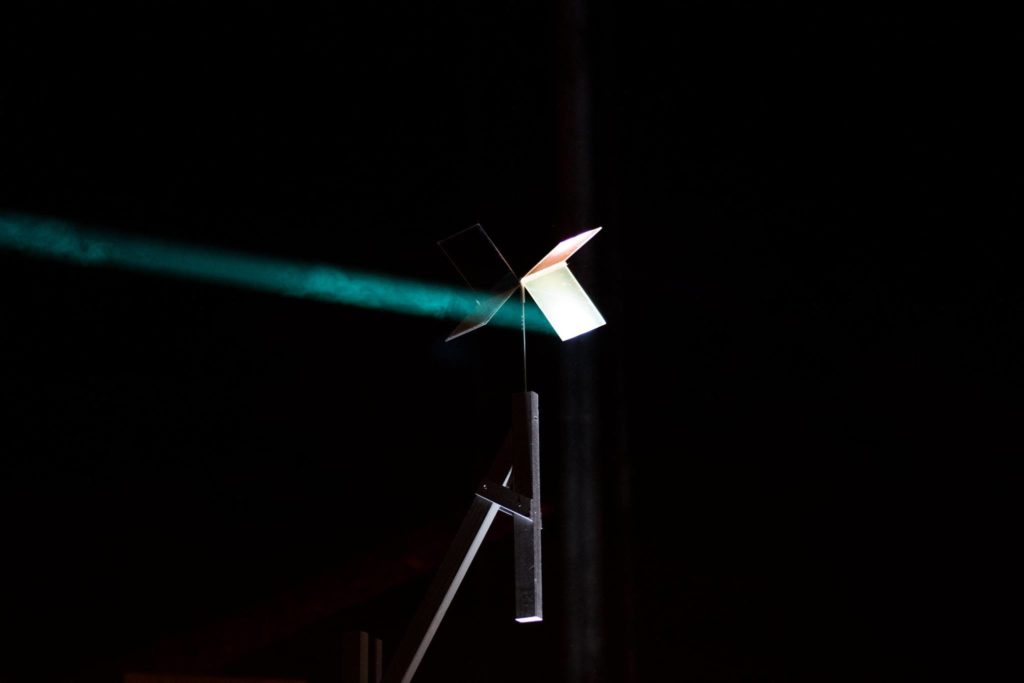 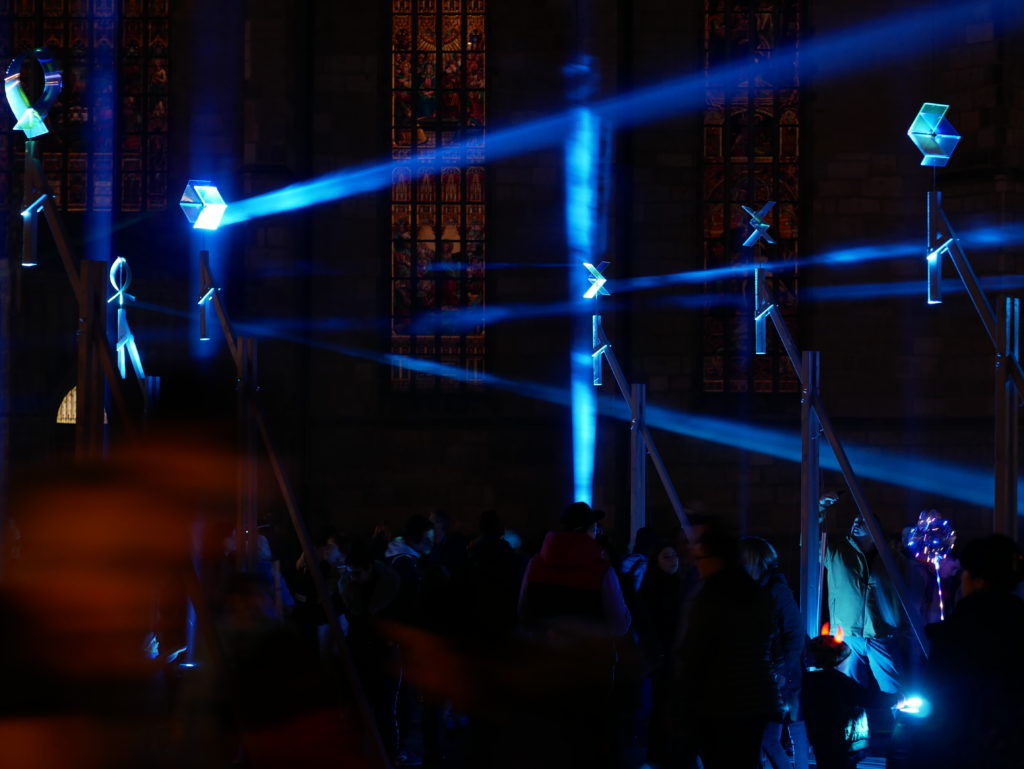 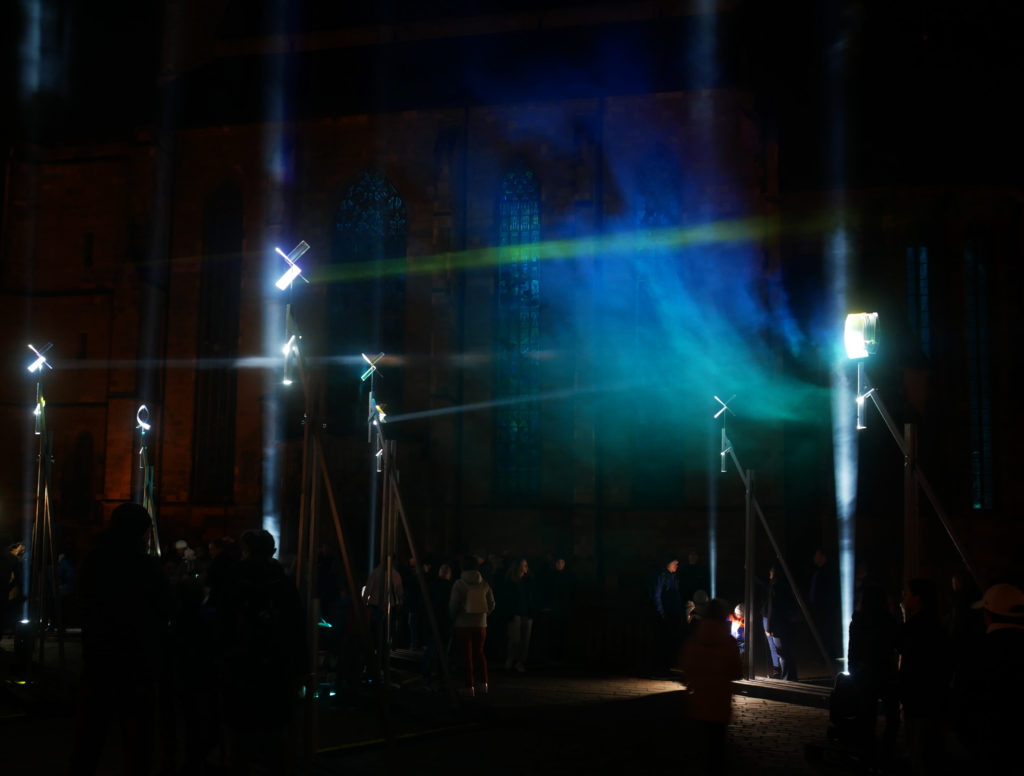 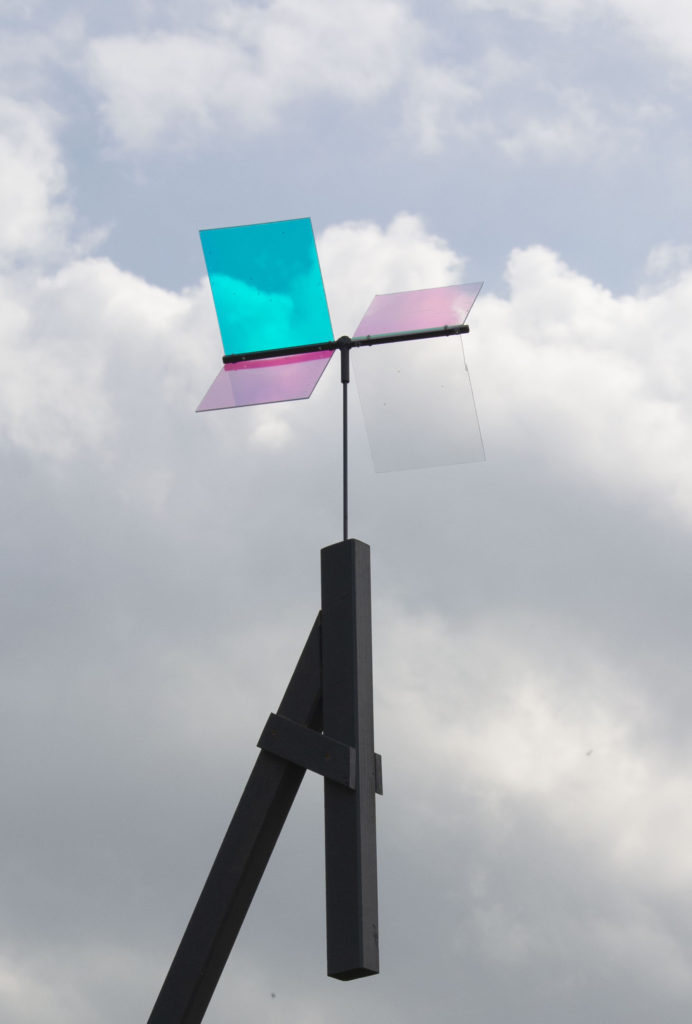 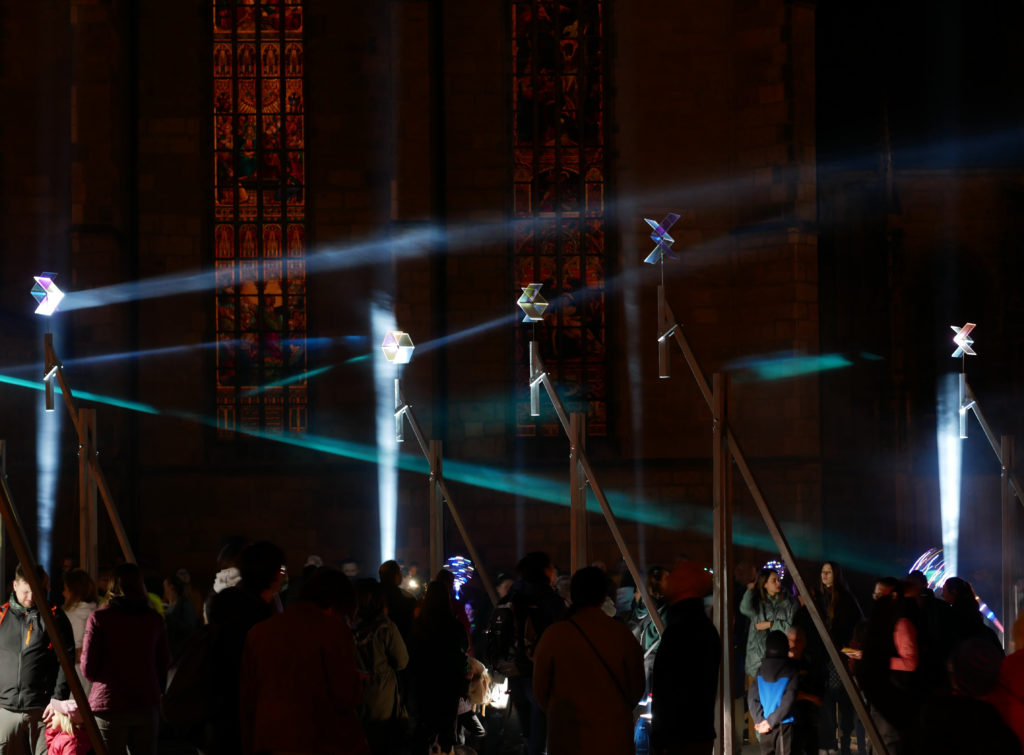 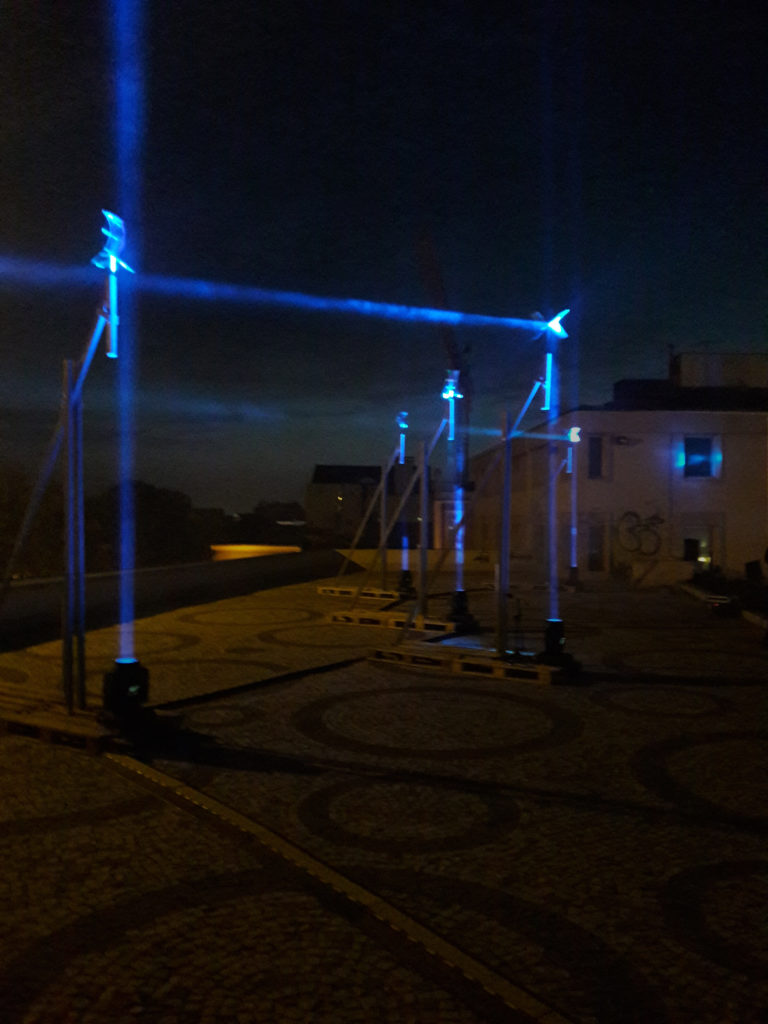 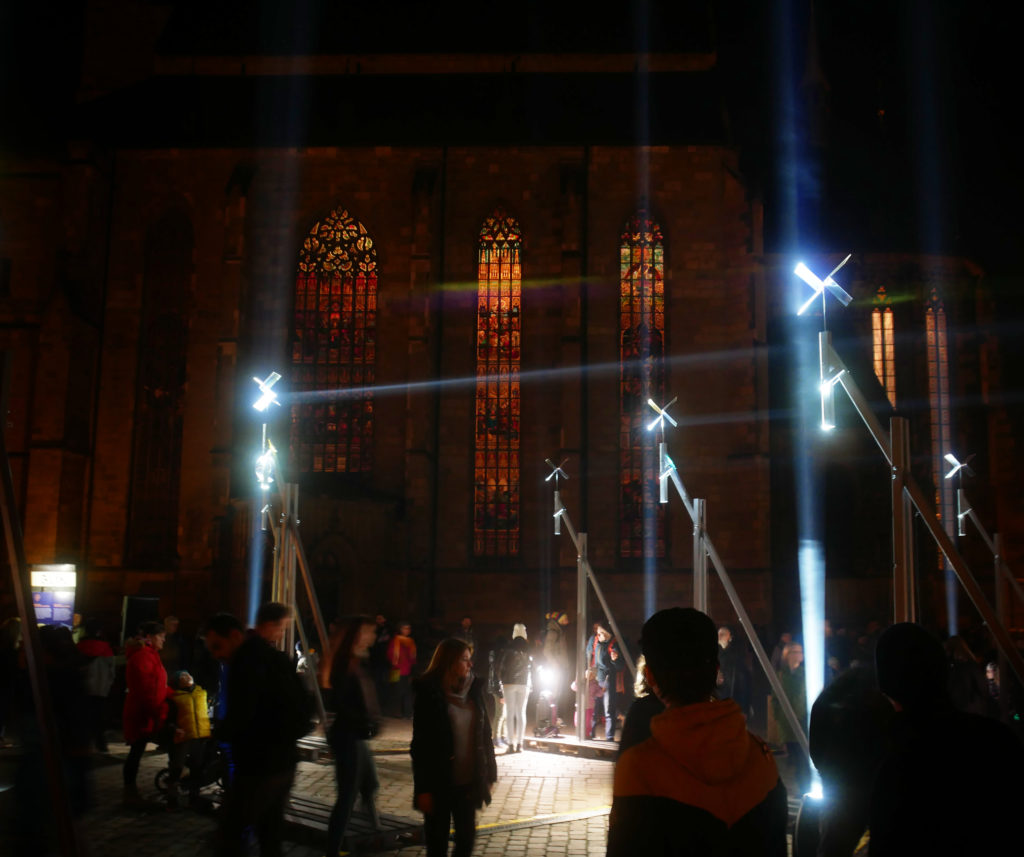 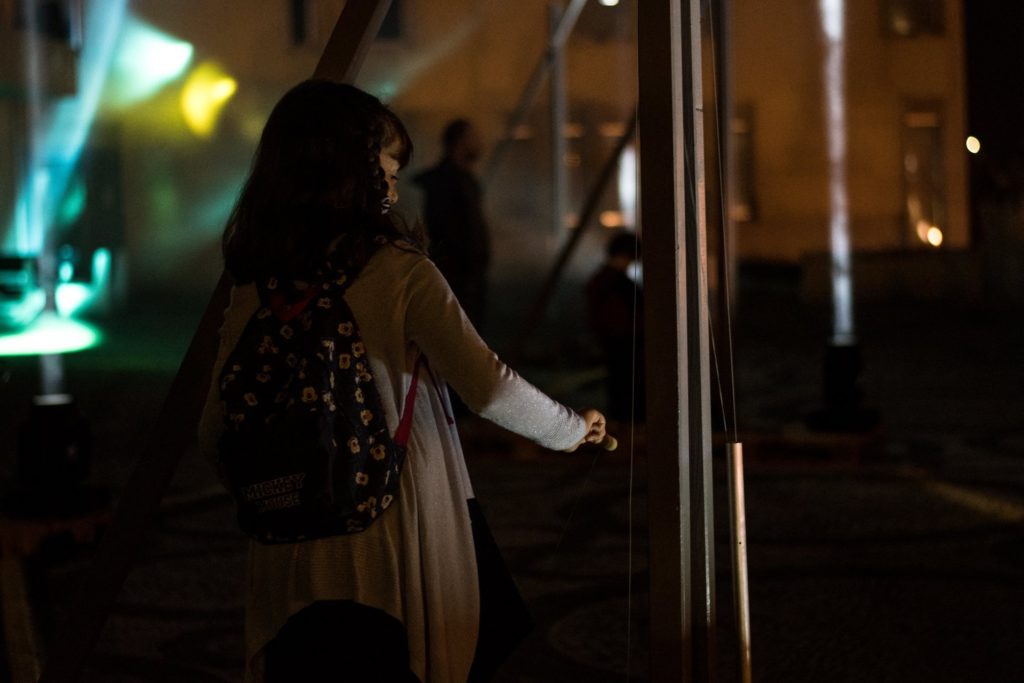 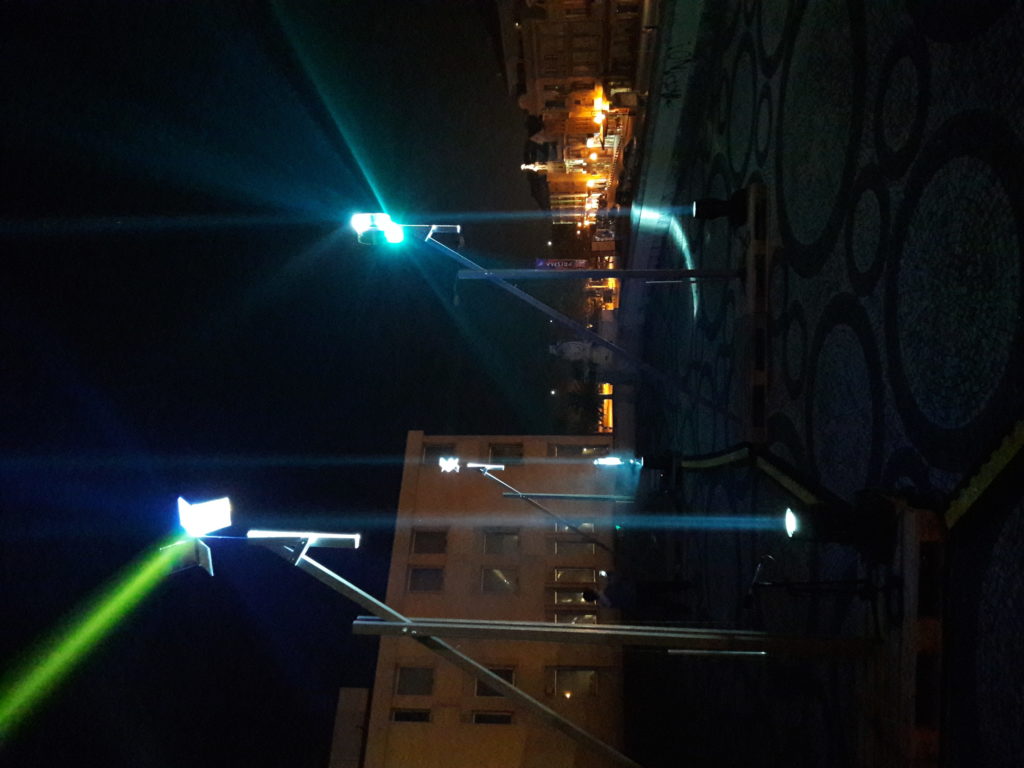 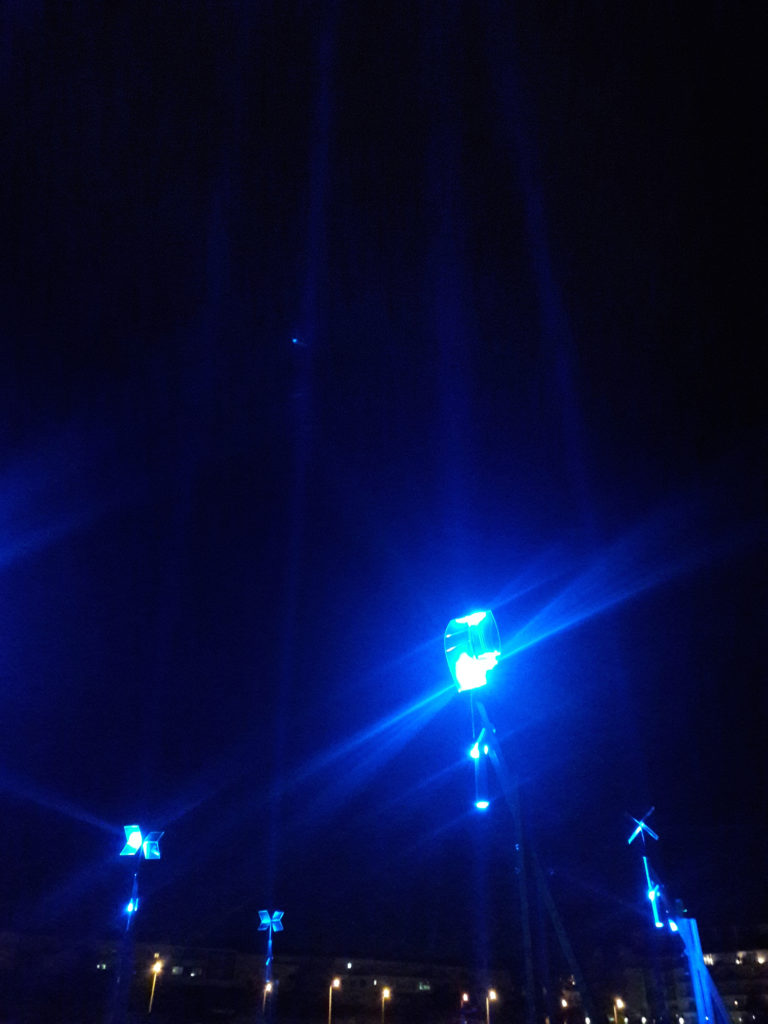 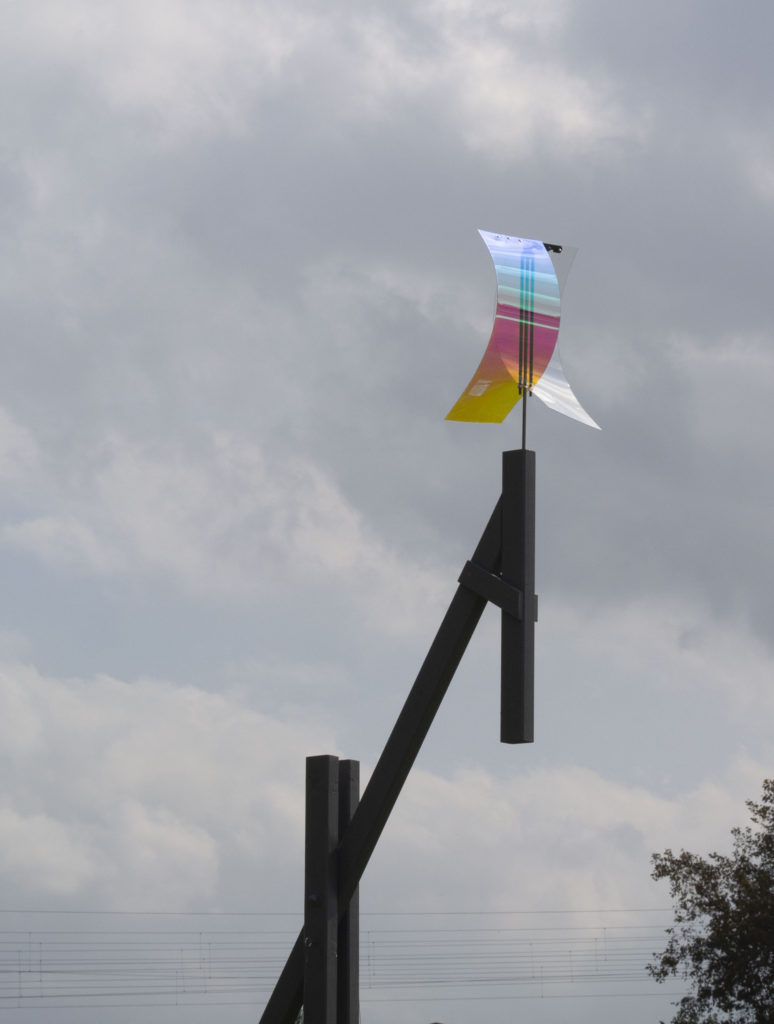