SEEKER※SOLO is one of the most intimate and personal works of Samir Calixto to date. In this solo, which is also his farewell to Korzo as his home base after ten years, he dances this journey himself. In this piece, he embodies an endeavor pursued by many: the quest for truth as an antidote against the false sense of reality reconstructed by mankind. Here he takes the music of George I. Gurdjieff and Thomas de Hartmann as the heart of the performance. With these often meditative compositions – which originate from Eastern melodies heard in monasteries in the Middle East and Central Asia – he conjugates the vision where scientific limits and ancient knowledge are touched by spirituality. While drinking from this inspiration, SEEKER※SOLO will tackle the core of Calixto’s work: a look upon human beings as part of a larger scheme, and as beings that through will and watchfulness are capable of realizing their full potential, searching through the ways of the body to achieve deeper knowledge. Joined by visual artist/light designer Pavla Beranovà and assistant Quentin Roger, SEEKER※SOLO is a work with strong visual, emotional and sensorial layers. A solo of profundity and simplicity in which movements are the pathway to the most essential in ourselves.

PRESS
Calixto manages to lure us into his inner space and transcend the spiritual cliché of an esoteric quest. With fluttering hands, trembling fingers and wavy arms he sets air in motion. At first he holds his hands close to him, but slowly they wriggle upwards, along his black curls. To the light, beautifully dosed by lighting designer Pavla Beranová. (...) Calixto also transforms along with it. Through the earthly energy of his muscular body Calixto keeps in touch with us mortals in a theatre. (De Volkskrant)
Calixto is committed, he dives into each exercise calmly, taking the time to transition from one state to the next. His searching in every quality is actual, present, and enticing. (...)The density of his presence is enhanced by Pavla Beranovà’s light design (...) in that dark landscape, combined with a clever use of theatrical smoke, Calixto’s hoped-for sense of initiatic ritual is beautifully achieved. Everything seems ancient in the quasi-dark. (...) It all bathes into – or stems from – the equally simple yet utterly powerful modernist piano compositions by T. de Hartmann. (...) In the negative space between the notes, we are allowed to revel in resonance. Just as the breathing is paramount to the texture and quality of Calixto’s movement. Just as the light seems to come only from the acceptance and the embracing of the dark. (Movement Exposed) 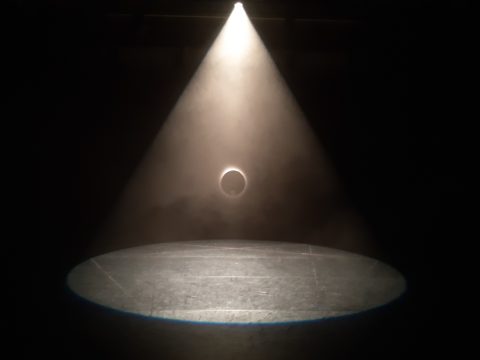 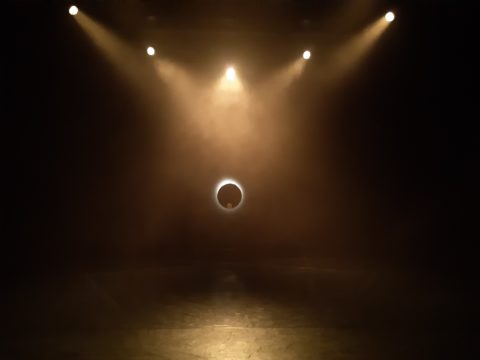 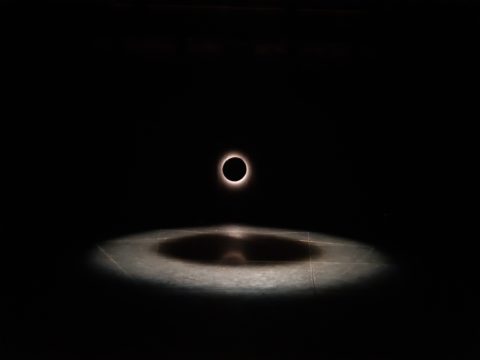 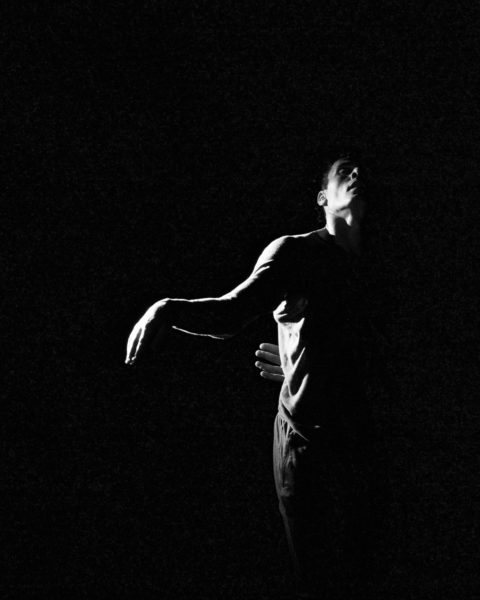 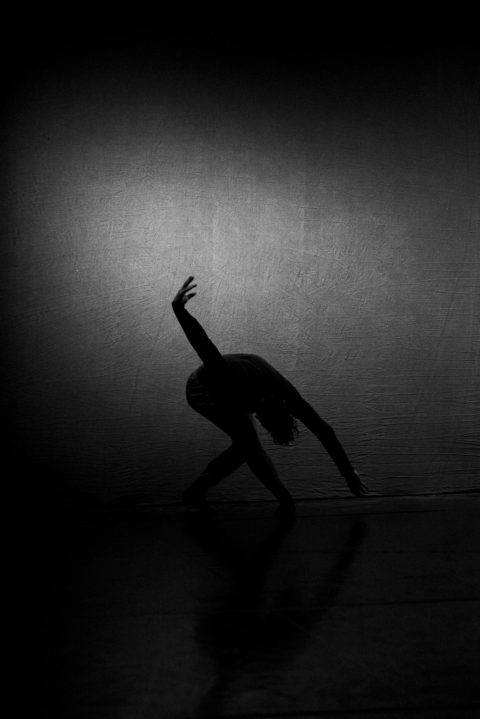 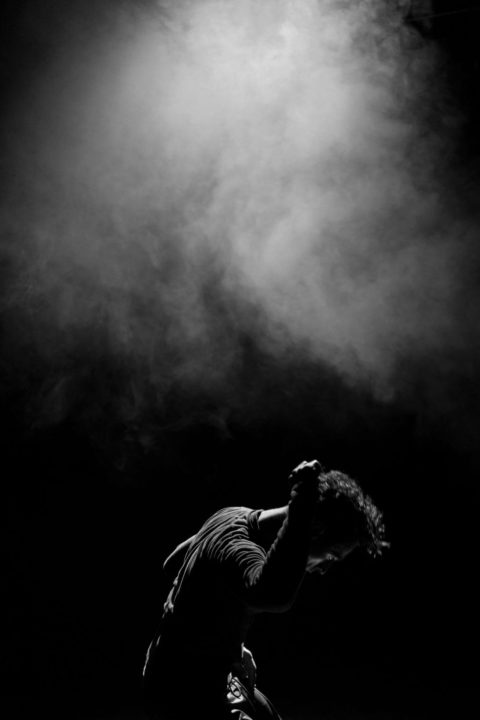 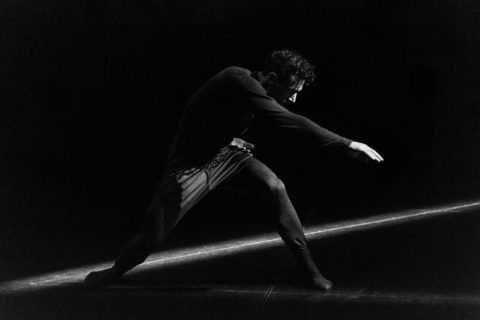 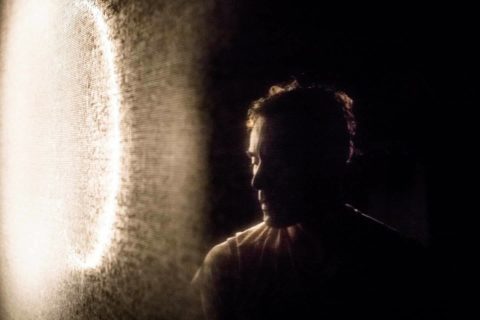 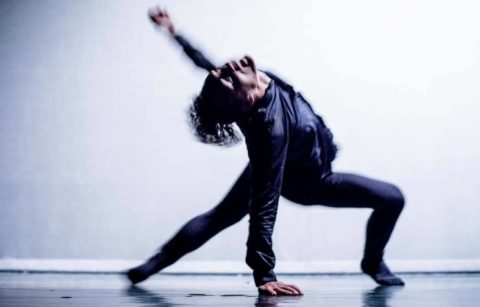 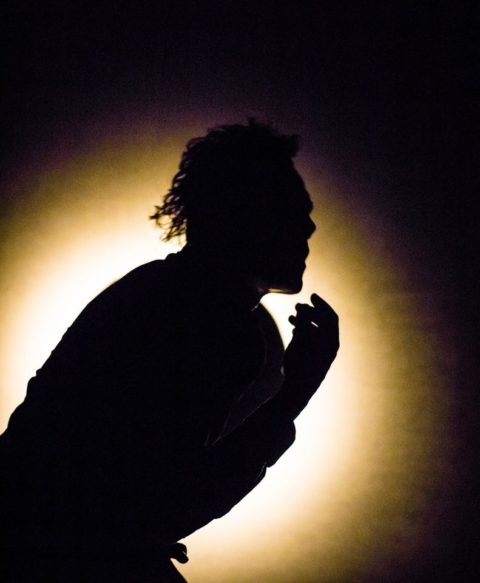 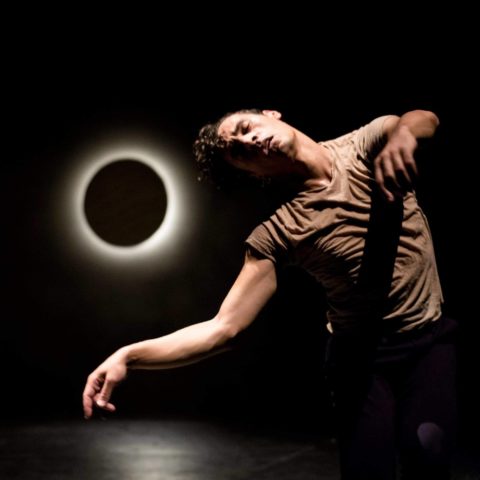 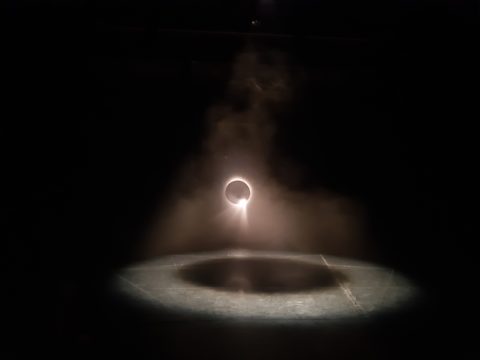 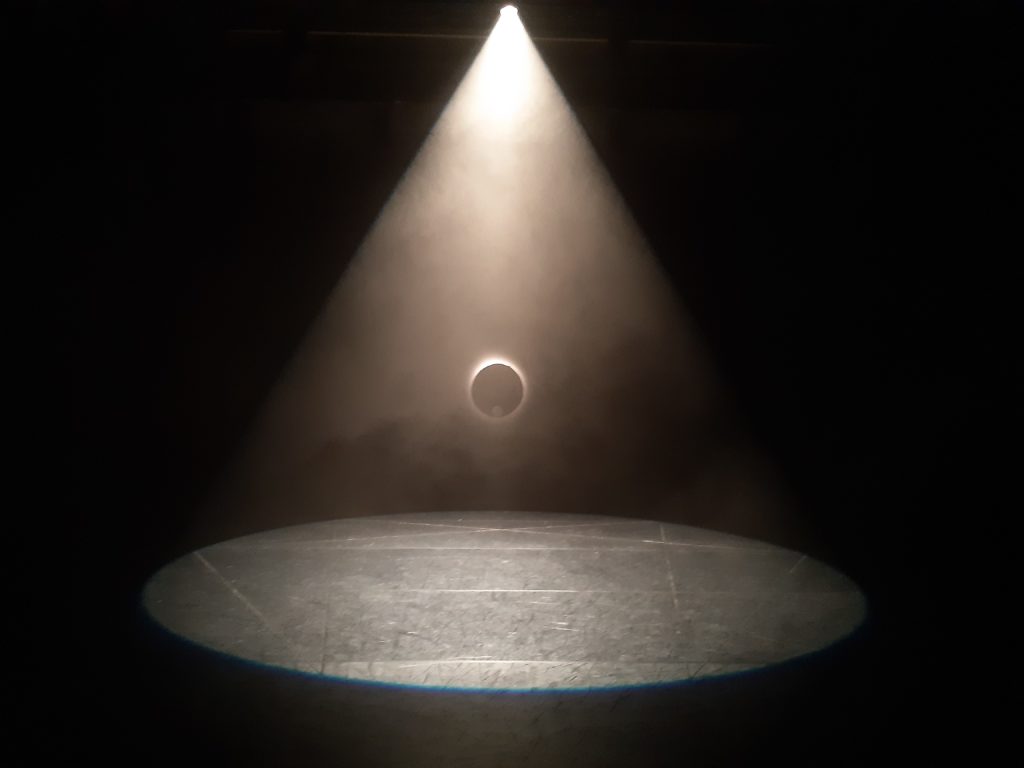 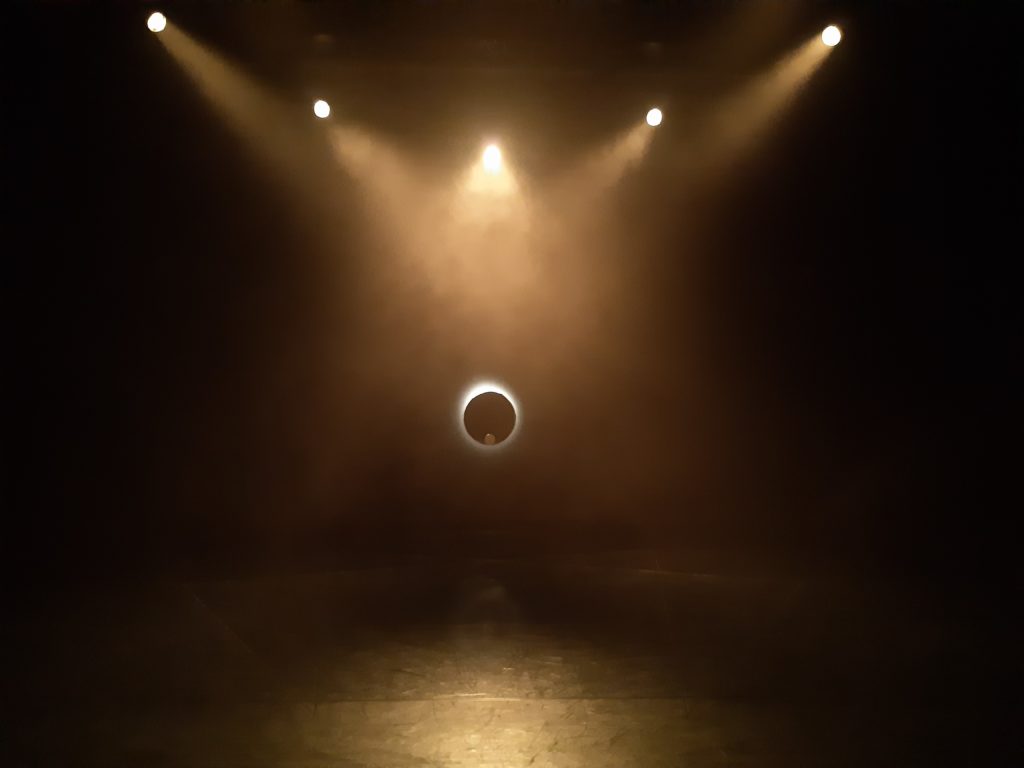 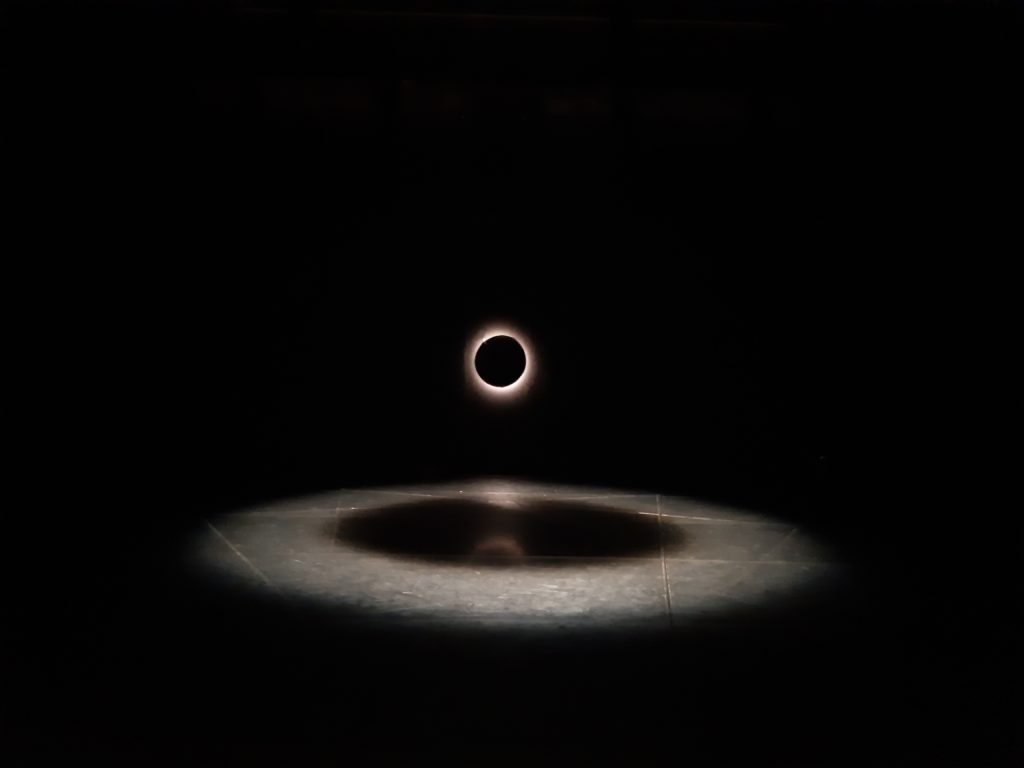 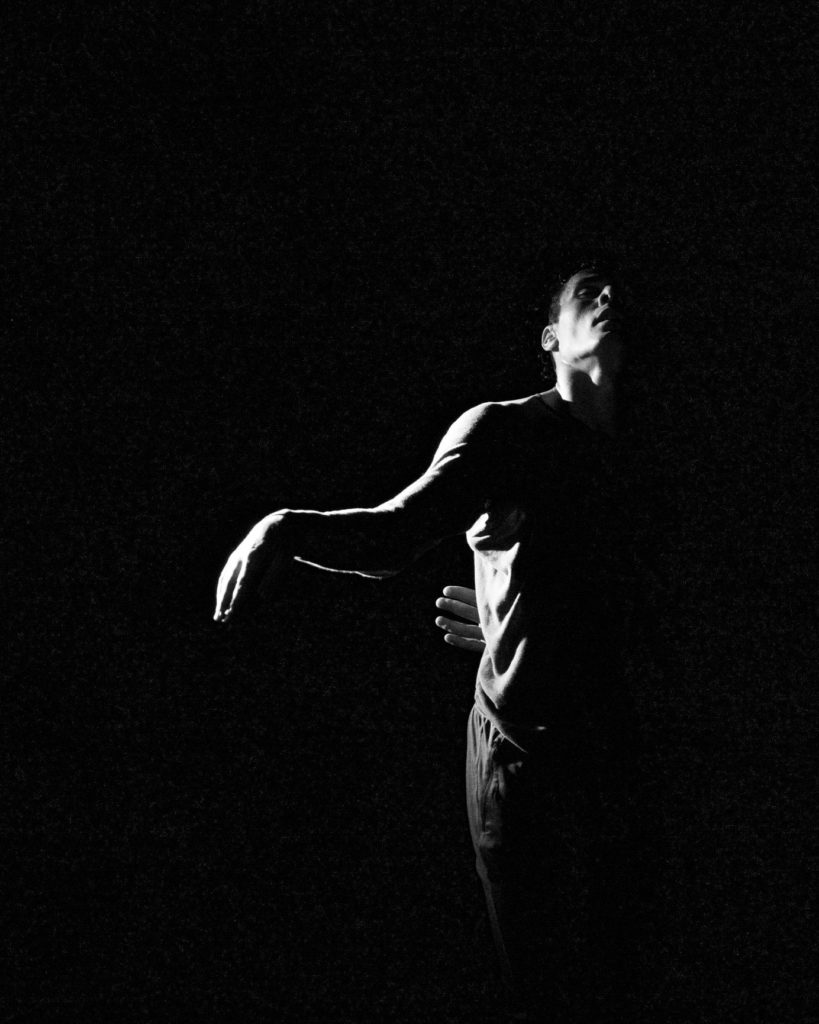 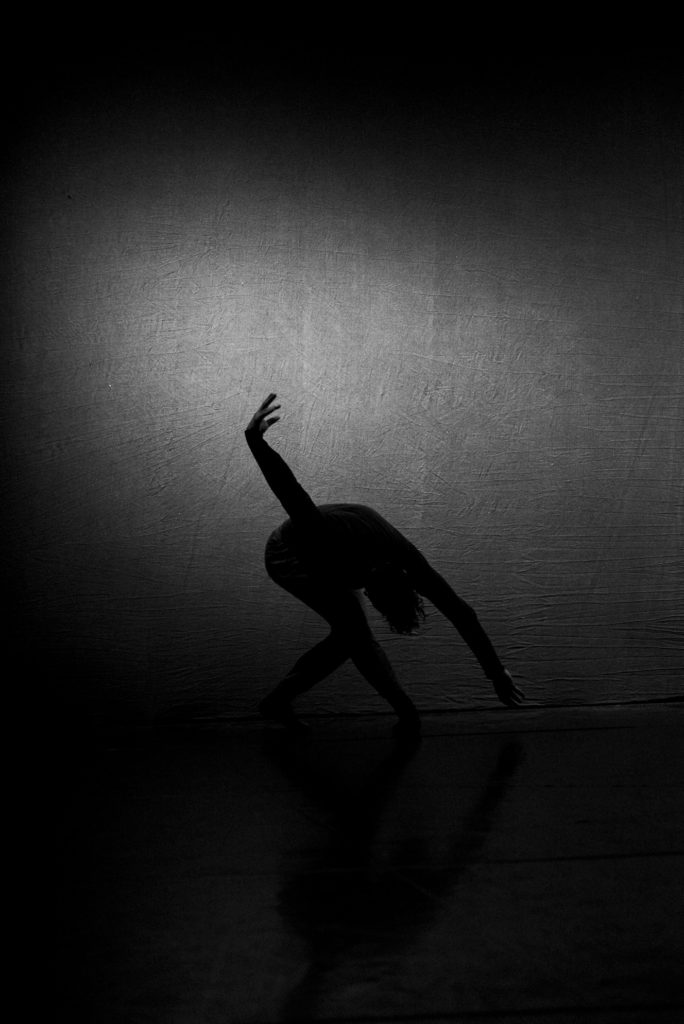 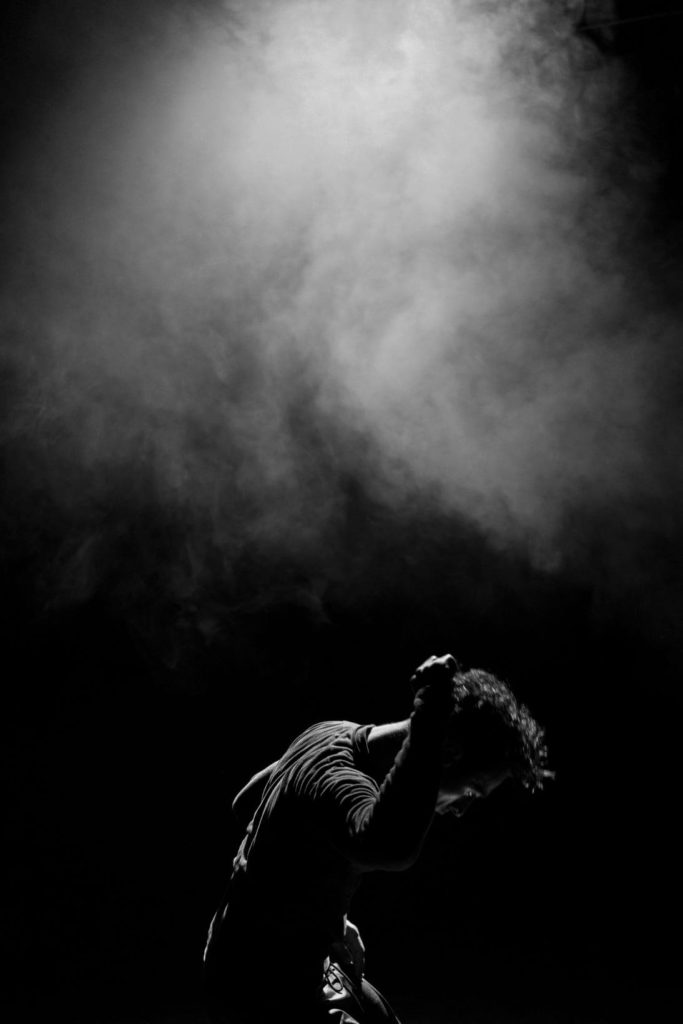 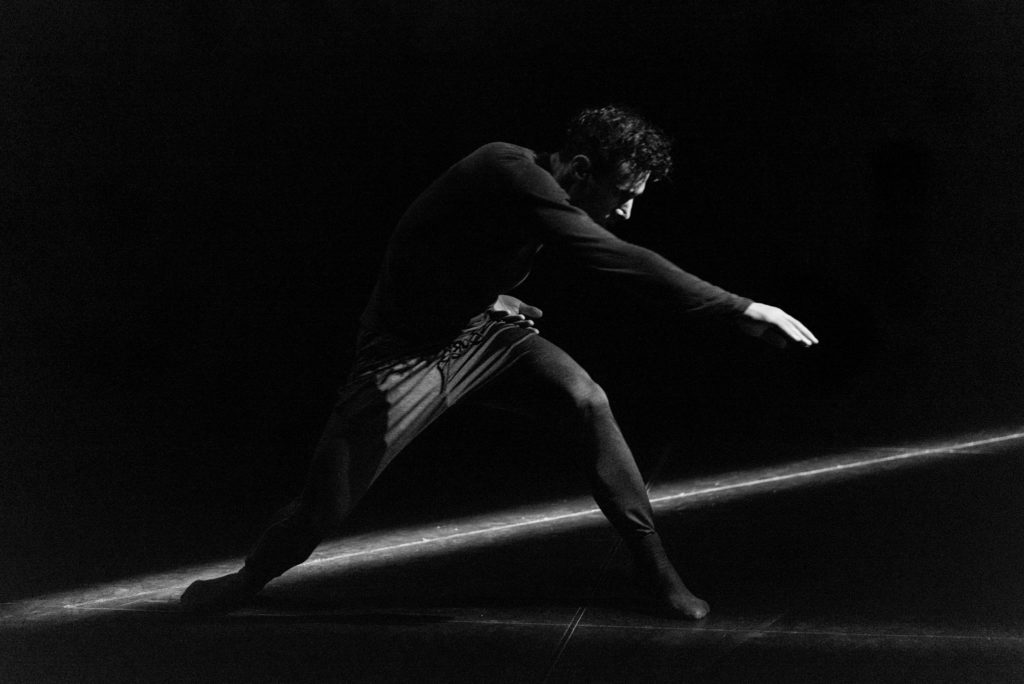 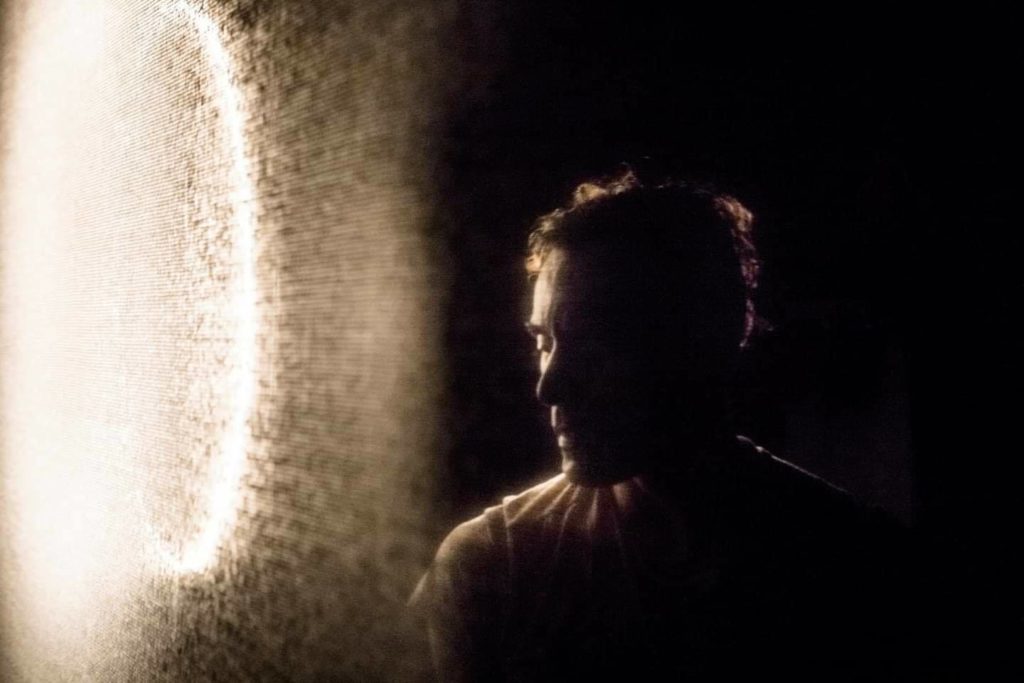 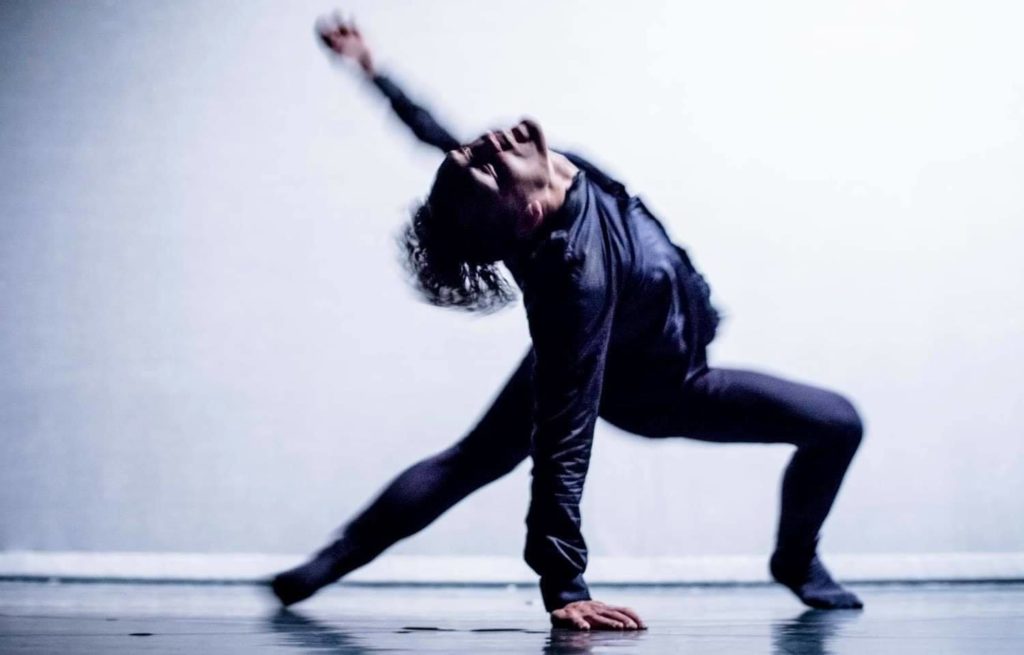 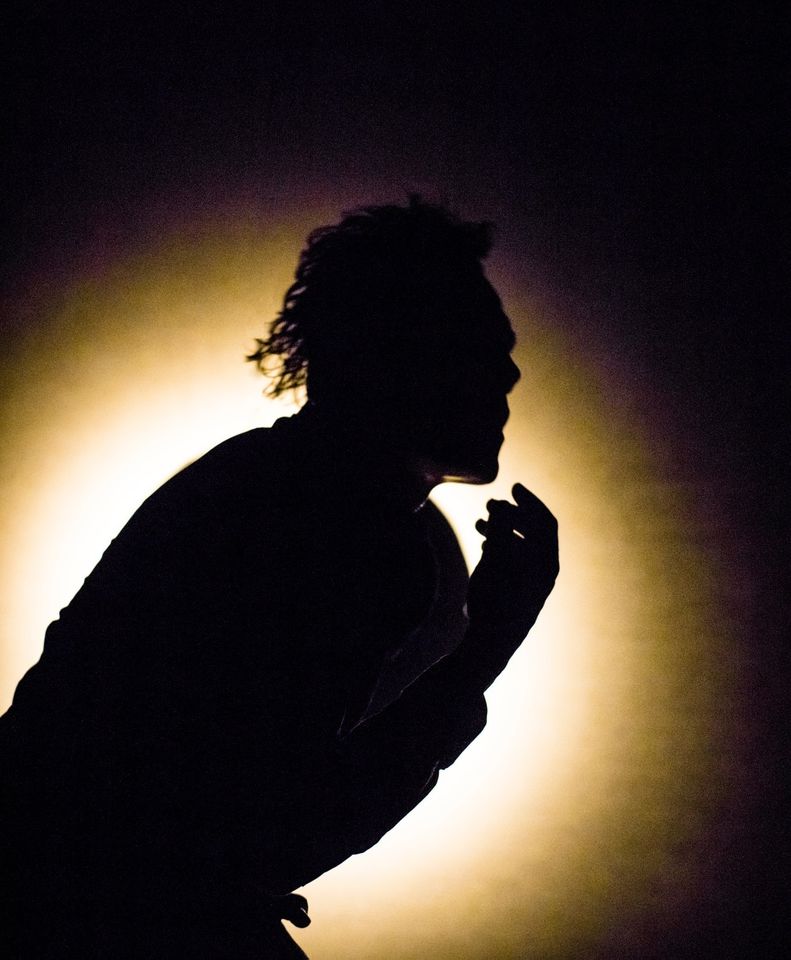 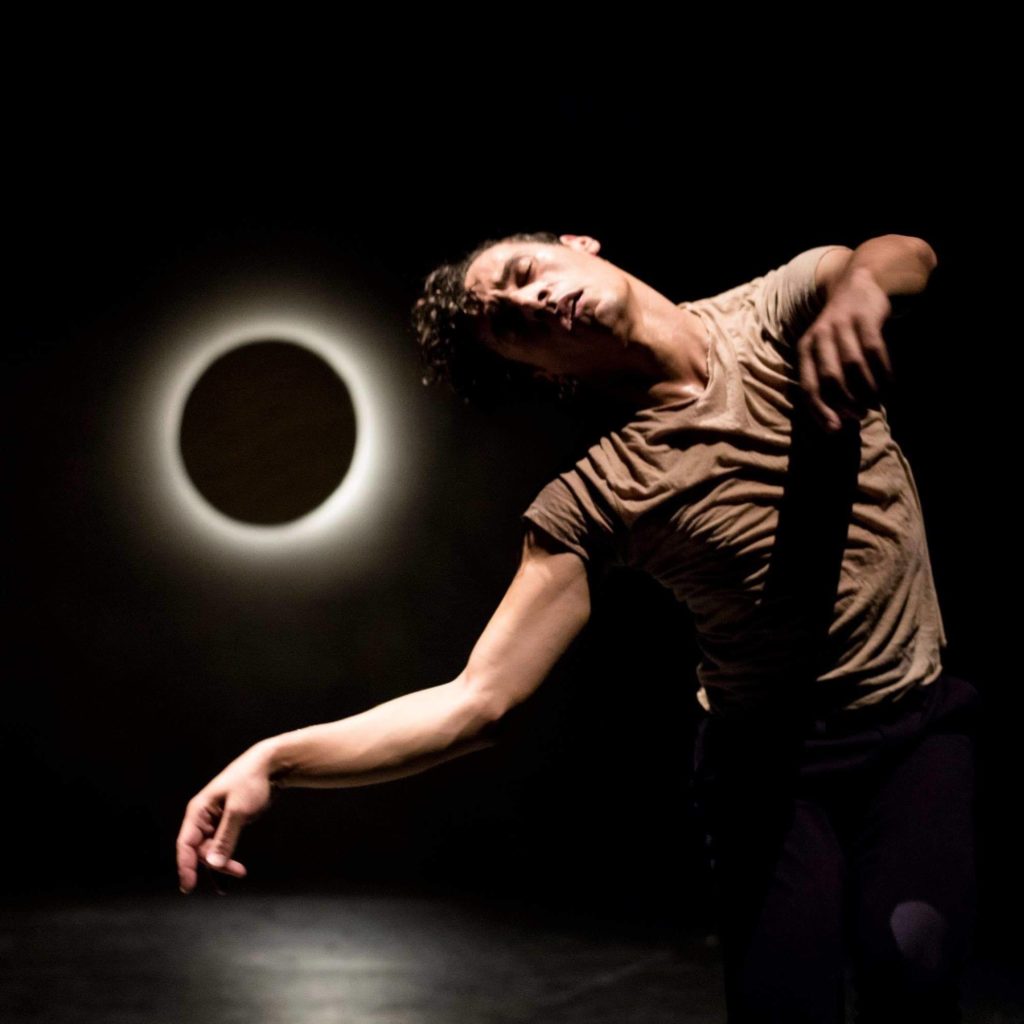 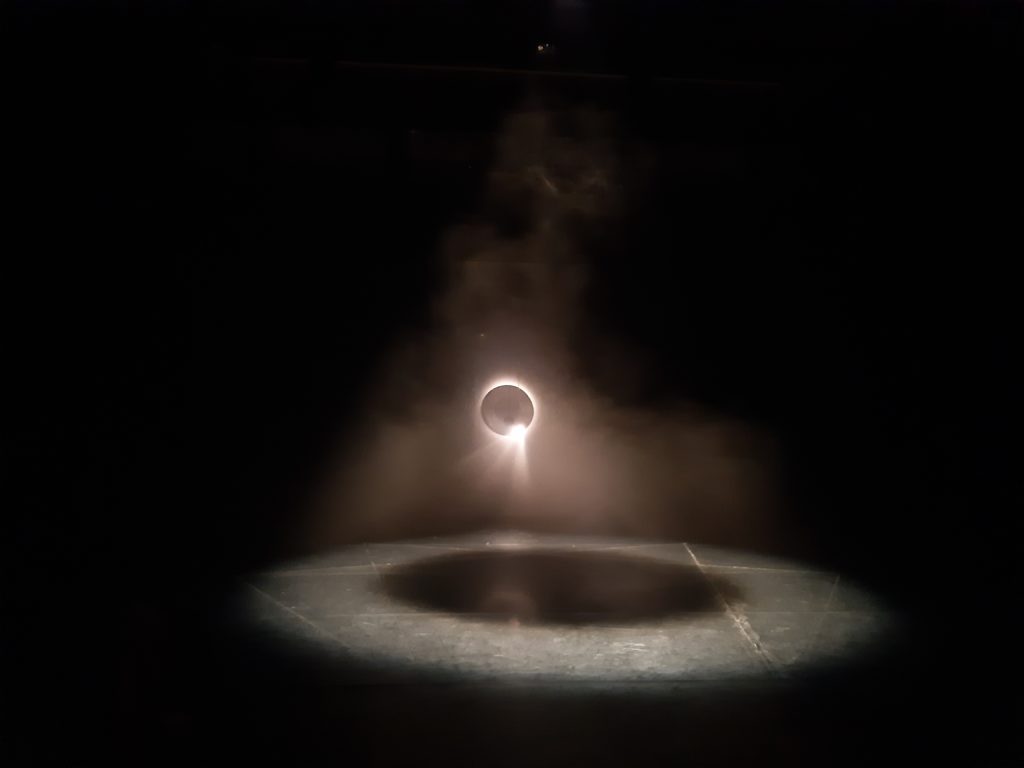